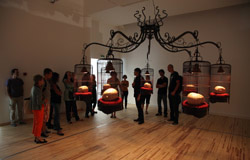 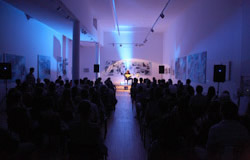 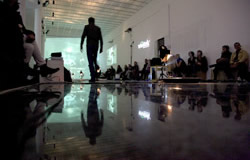 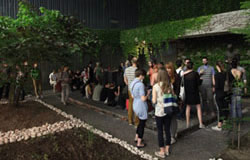 The Museum of Contemporary Art Vojvodina maintainsa museological-researchapproach to the preservation, exhibition and presentationof works of contemporary art of the second half of the 20th and the 21stcentury, linking the local with the international art scene.

Art collections of paintings, sculptures, objects and installations, prints and drawings, conceptual art, film, video and photography, intermedia and digital works, architecture, urban planning and design from the late 20th and the early 21st century in Vojvodina, Serbia, as well as the works of foreign artists and art groups can all be found in the Museum’s collection. In addition to this, the Museum collects, systematizes and preserves arichlibrary and documentary-archival material on all the protagonists and phenomena relevant for the history of art in Vojvodina.

MSUV aims towards a systematic study and revaluation of the history of art of the late 20th and the 21stcentury in Vojvodina, Serbia and the region, through numerousstudy, problem-solving, retrospective and monographic projects, which promote important historical artistic phenomena and personalities through new approaches and methods, while simultaneously continuously working on educating the public. The task of the Museum is to signal insufficiently established approaches, marginal or alternative courses of art history, at the same time encouraging contemporary production and practices by engaging their protagonists through thematic and solo exhibitions, actions, spoken word programs, workshops, film screenings, music events etc., intended for the professional and general public. MSUV also establishes contacts and cooperates with many institutions in Serbia, the region of former Yugoslavia, and the wider international art scene.

MSUV is an active part of its environment and the contemporary socio-cultural community providing guidance and encouraging the development of current artistic practices. It focuses on research, curating, producing and promotion of artistic works and phenomena present primarily within the local art scene, as well as the regional and international one, with the aim of their validation and mutual networking.

Today, museums of contemporary art are communication centerswhich serve as hubs for the exchangeof content and information, establishment of collaborative networks and building new models of operation. They are open to numerous experiments and research of contemporary artists and theoreticians who expand the fields of fine and visual arts, architecture and design into the fields of modern science and technology, seeking to actively emphasize the connection between art, its environment and social reality.

The Museum of Contemporary Art Vojvodina implements the majority of its activities in a building that was designed in 1959 by architect Ivo Vitić for the requirements of the former Museum of Socialist Revolution in Dunavska 37 in Novi Sad.

THE HISTORY OF THE MUSEUM 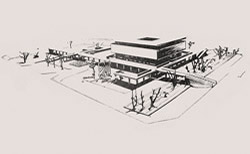 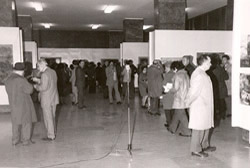 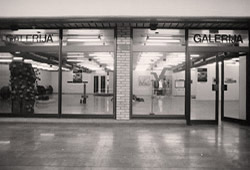 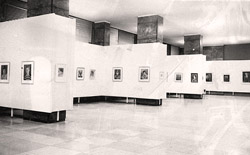 Although it had been founded in 1966, due to lack of venue resources, the Museum started with its exhibition and publishing activities in 1969, with the occasional use of space of other public institutions in Novi Sad (The Gallery of Matica srpska,Radnički (Workers’) University, Youth Tribune, Yugoslav National Army House). In 1984, it moved into rented premises in the Sports and Business Center Vojvodinawhere it remained until 1999. For the first time, in the last 15 years, the Museum was given an opportunity to continuously develop its core program, research and museum activities, which resulted in many significant achievements for the contemporary art of Vojvodina. After November 1999, the Museum was again left without its exhibition space and staged exhibitions in other institutions (Gallery of the Novi Sad Branch of SANU, 2000/2001; Museum of Vojvodina - the site of the former Museum of Socialist Revolution, from 2001).

After the failure of the first public competition for the architecturalurban design of the building of the Museum and Gallery Square in Novi Sad, which, in 1998,had been announcedby the Executive Board of the City of Novi Sad - almost 10 years later, on 27 January 2007, the Provincial Government announced a new international competition for the preliminary architecturalurban design of the Museum building, which was also dropped. Subsequently, the Executive Council of the Autonomous Province of Vojvodina, on 13 May 2009, issued a decision to house the Museum in the building of the former Museum of Socialist Revolution, which was confirmed by the Decision on the Transfer of the Right of Use (28 March 2012) with which MSUV becamethe tenant of the part of the building in Dunavska 37, where it still conducts most of its activities today. 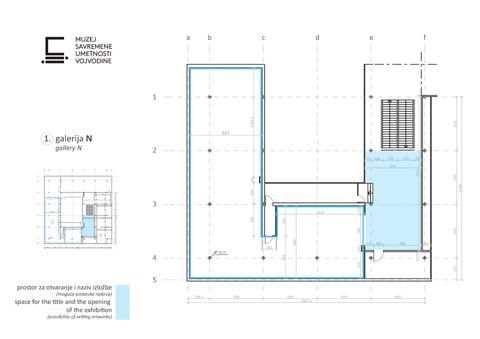 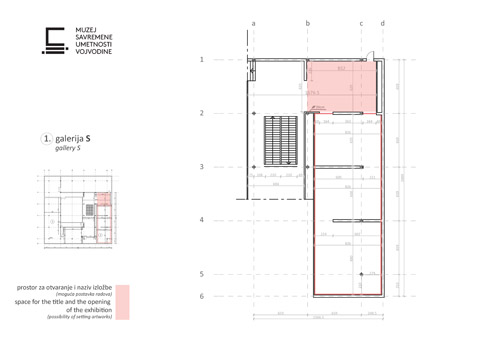