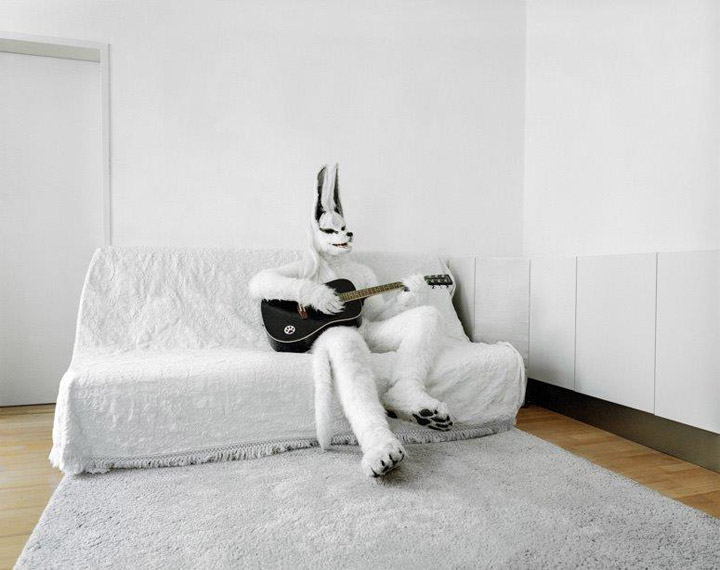 Graz, the second-largest city in Austria and the capital of Styria, has been evolving into a location for producing and conveying progressive photography since the 1950s – to a greater extent than Austria’s capital, Vienna, at that time. The protagonists made a significant contribution to establishing photography as an art form in Austria, creating important institutions (e.g. Camera Austria) and influencing younger generations in Graz’s photography schools. With this tradition and through significant international art festivals such as Trigon (1963-1995) and steirischer herbst (since 1968), Graz became a fertile breeding ground for contemporary art and photography.

photo_graz has dedicated itself proactively and continuously to the presentation and promotion of the modern photography scene in Graz and Styria since 2006. Photographers and groups are invited to submit their latest photographic work on any topic for biennial exhibitions. Handbooks with the participants’ details are produced for these exhibitions, which enable contact to be established easily and networking to take place. With 195 contributions, photo graz 014 presented a multifaceted snapshot of the Styrian photography scene.

The photo graz selection-exhibition displays a range of 27 positions that make the exceptional diversity of this photography scene visible, juxtapose the working methods of various age groups and portray their current topics and personal approaches. The presentation ranges from methods of coming to terms with history, to identity issues, various changes in meaning, critique of the media, contemporary issues and society, and a critical review of photography itself as a medium. With the photogram, the analogue medium format and digital photography, photo-imaging experiments and the mobile-phone photograph, the entire technical spectrum is mapped.

Kitty Ackermann
Born in Pöcking (GER); sound professional training at a vocational school for woodcarving, followed by studies in painting and sculpture at the Academy of Arts (Akademie der bildenden Künste), Munich; degree; one-year grant for a stay in Warsaw by the German Academic Exchange Service (DAAD), scholarship by the Golart-Foundation, Munich; participation in the 5th Artists' Retreat (Künstlerklausur) by the Styrian Art Foundation at Stift Rein, Styria. Since 1975 numerous solo exhibitions and group shows, e. g. in Munich, Ulm, Frankfurt (Main), Cologne, Mainz, Hamburg, Salzburg, Graz, Deutschlandsberg. After many years in Munich, she lives and works as an independent artist in Styria today.

Jörg Auzinger
Jörg Auzinger, born in 1972 in Linz, completed studies in audio-visual media art at the Federal Higher Technical Institute of Art and Design (Höhere technische Bundeslehranstalt für Kunst und Design) in Graz, studied film direction at the University of Music and Performing Arts Vienna (Hochschule für Musik und Darstellende Kunst) with Axel Corti, and did visual media design at the University of Applied Arts (Universität für angewandte Kunst) in Vienna with Peter Weibel.  Auzinger works as an independent media artist since 1992. He lives in Vienna and in Styria.

can`t.mar. CORONA
Born in 1963 in Graz, trained as a graphic designer, working independently since 1987, participation in various exhibitions

G.R.A.M.
Die Austrian group of artists G.R.A.M. was founded by Günther Holler-Schuster, Ronald Walter, Armin Ranner and Martin Behr in 1987. The collective is working in multiple media (photography, film, video, installation, painting, graphics, performance, DJ's). Numerous international exhibitions, awards and grants in Los Angeles, London, Chengdu and Istanbul.  The series "Paparazzi" and "Nach Motiven von" ("After motifs by") are among their best known works. G.R.A.M. are experimenting with a cliché-like, memorable world of images and signs, their aesthetics often derived from the media, consumer goods and everyday life. Images are chosen with intent, then changed, set into dialogue or added to.

Anaïs Horn
Born in 1981 in Graz, lives and works in Vienna. She studied information design and German philology in Graz and in Berlin/Potsdam. Numerous jobs in cultural institutions, graphic design studios and agencies in Austria and Germany; art director of the Austrian women's magazine WIENERIN since 2006, creative director of the Austrian fashion magazine DIVA since 2008.  2004 to 2007: Co-editor of the culture and lifestyle magazine BOB; 2009 founder of the design studio HORN NUSSBAUMER (with Alexander Nussbaumer). She graduated at the School of Artistic Photography Friedl Kubelka under the direction of Anja Manfredi.

Christian KRI Kammerhofer
Born in 1971 in Bruck on the Mur, apprenticeship as gilder-frame maker and conservator in Kindberg, masterclass sculpture at HTBLA Graz, numerous individual and group exhibitions, lives and works in Graz.

Markus Kehrer
Born in 1981, lives in Graz. Graduate of the Academy of Applied Photography in Graz, analogue and digital photography; various participations in exhibitions in Graz.

Ulrike Neubauer
Born in 1982 in Graz, College of Fine Art, Photography and Multimedia Art, Higher Federal School Ortweinschule Graz, master craftsman's diploma in photography WKO Steiermark (Chamber of Commerce, Styria), diploma studies in history of art at the Karl-Franzens University, Graz; numerous group exhibitions; 1st place in the photographic competition "Mach dir ein Bild von der Zeit" [Get an idea of time!] (Graz 2011)
The photographic work "IDF2" deals with identity markers and with the possibilities of digitizing and archiving them.  The human being, reduced to its hair, is in focus as an individual code. Scans of real hair by the individuals portrayed have been processed into new, abstract patterns of information.

Zita Oberwalder
Born in 1958 in East Tirol, training as a photographer, master craftsman's diploma, specialization in artistic and architectural photography, independent artist since 1985, first exhibitions 1987 - numerous individual and group exhibitions nationally and internationally; lives and works in Graz and on the road.

Klaus Pichler
Born in 1977, lives and works in Vienna. After graduating in landscape architecture in 2005, he decided to work exclusively as a photographer. He has been working ever since on independent projects addressing a range of topics, which have been presented and published internationally over the past years. Klaus Pichler is represented by the agency/gallery Anzenberger in Vienna, Austria, and by the gallery Rockelmann& in Berlin, Germany.

Nicole Prutsch
Nicole Prutsch uses all media available to contemporary art, video, installation, photography, performance and the like.  Applying a ‘scopophiliac’ gaze to the human presence in historic archive collections and to the context of modern identity, she stages scopes for the measurable and the immeasurable as meshed-up factors. The viewer is left to explore the often analogous juxtapositions by himself. Studies in painting and media art at the University of Applied Arts in Vienna and at the University of the Arts, London. Numerous individual and group exhibitions nationally and internationally (e. g. Germany, USA and Moscow, Ljubljana, London, Sofia); she lives and works in Vienna.

Robert W. Sackl-Kahr Sagostin
Born in 1960 in Graz, childhood in Trieste
1980 – 1984: read philosophy, history of art and Middle Eastern studies at the Karl-Franzens-University, Graz; painting, graphics and industrial design at the Academies of Art of Milan, Parma and Venice, diplomas in painting, graphics and photography, M.A., D.A.; works as an independent graphic artist, industrial designer and photographer since 1982, lectureship in photography in Paris since 2010; projects, publications and exhibitions in Europe, Africa, Asia and in the USA; studios in Graz, Le Chai and Marrakech.

Gregor Schlatte
Born in 1979 in Schruns, Tirol, and grown up in tranquil Montaphon. He found the way into photography relatively late. The picture-making started only after a degree in business education at Innsbruck.  A move to Graz was followed by a degree at the Academy of Applied Photography 2010/11 (Promotional Award winner). Photographic series: "Mitrovica" (2012), “Rostfest” [Rustproof] (Eisenerz [Iron ore] 2012, 2014), "kommun.Triest" (Triestersiedlung [Trieste estate], Graz 2013), "Die Nacht der Welt" [Night of the world] (2014).

Gerhard Skrapits
Born in 1953 in Eggersdorf near Graz, active photographer since 1977, lecturer for courses and workshops on photography; awards: Federal Country Promotional Award, Photography Grant of the Country of Styria, Special Award by the Federal Ministry of Education and Art, Promotional Award for Photography by the City of Graz, publications (Camera Austria, Bildsammlung steirischer Fotografen [Image Collection of Styrian Photographers] etc.); numerous individual and group exhibitions nationally and internationally,

zweintopf
The duo of artists was founded in 2006 by Eva Pichler (*1981) and Gerhard Pichler (*1980) in Graz. It works in classical exhibition contexts as well as in public spaces. In addition to installations, objects and videos specific to rooms, they also develop ideas to be realized as art in public spaces or as unannounced interventions. The protagonists have diverse interests and either has been educated in different key topics (art, history of art, architecture and philosophy). They share, however, a particular interest in everyday phenomena and trivial materials from mass production, which form the base of zweintopf's artistic activities, of transformations and re-interpretations.