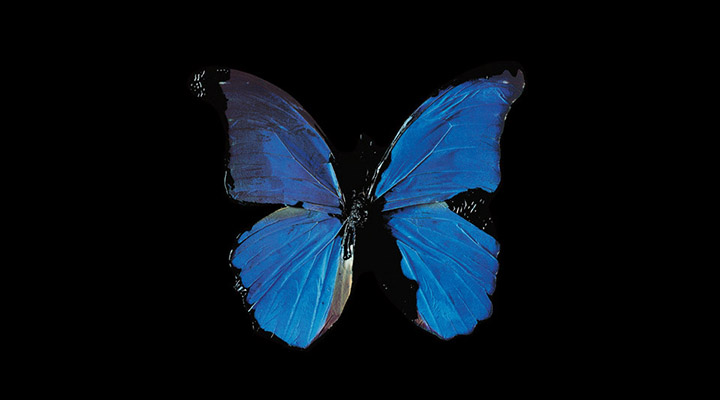 New Religion is an exhibition of silkscreen prints and sculptural editions by one of the world’s most significant contemporary artists. This project is realised by the British Council in partnership with the Paul Stolper Gallery and the Museum of Contemporary Art Vojvodina. The exhibition is supported by the Ministry of Culture and Information of Republic of Serbia, the Provincial Secretariat for Culture, Public Information and Relations with Religious Communities and the City of Novi Sad Directorate for Culture. The exhibition is realised with the support of KPMG.

This exhibition will explore the complex relationship between mortality and faith, and the fascination with science and technology; themes central to Damien Hirst’s longstanding career as a thought-provoking and at times controversial artist.

First exhibited at Paul Stolper Gallery in 2005, New Religion has been the subject of shows in Oslo, Moscow, Venice, Sofia, Woking, Gdansk and at All Hallow's Church in London.

The different elements that make up New Religion form a chapel dedicated to desire, a desire to keep mortality at bay but which can’t help confront death.

The forty-four silkscreen prints, and four sculptures that make up New Religion work like a fresco cycle – moving from the Creation of the World, through the Stations of the Cross and towards the Last Judgement. The prints surround an altarpiece with a cedar cross studded with gem-like pills, a child’s skull, a large carved marble pill, and a heart wrapped in barbed wire and pierced by needles and razor blades. Hirst’s vision is a marriage of the sacred and the profane, a contemplation of the fragility of life and the quest for longevity.

New Religion is the first presentation of Damien Hirst’s work in Serbia. Following the exhibition at the Museum of Contemporary Art Vojvodina in Novi Sad, New Religion will continue its tour to venues in Kazakhstan.

This project is realised by the British Council in partnership with the Paul Stolper Gallery and the Museum of Contemporary Art Vojvodina. The exhibition is supported by the Ministry of Culture and Information of Republic of Serbia, the Provincial Secretariat for Culture, Public Information and Relations with Religious Communities and the City of Novi Sad Directorate for Culture. The exhibition is realised with the support of KPMG.

In 1987, he conceived and curated a group exhibition entitled Freeze. The show is commonly acknowledged to have been the launching point not only for Hirst, but for a generation of British artists.

Since the late 1980s, Hirst has employed a varied practice of installation, sculpture, painting and drawing to explore the complex relationship between art, life and death. Through his work he investigates and challenges contemporary belief systems, and dissects the uncertainties at the heart of human experience.

Since 1987, over eighty solo Damien Hirst exhibitions have taken place worldwide, and his work has been included in over 260 group shows. He was awarded the Turner Prize in 1995.

Damien Hirst’s most renowned and acclaimed works include The Impossibility of Death in the Mind of Someone Living (1991), a tiger shark in a glass tank of formaldehyde; For The Love of God (2007), a platinum cast of an eighteenth-century skull covered in 8,601 diamonds and Pharmacy (1992), a life-size recreation of a chemist's shop.

WHY DID YOU CALL THE SHOW NEW RELIGION?

Damien Hirst: Well, I just can't help thinking that science is the new religion for many people. It’s as simple, and as complicated, as that, really.

SO, WHAT WERE THE CORE IDEAS FOR THE SHOW? AND ARE THEY ALWAYS BASICALLY THE SAME CORE IDEAS?

In terms of the actual process, the thing that always gets to me first is the formal thing — the medicine cabinets are all arranged in terms of colour, for instance. People say, ‘Why did you arrange them like that?’ And it’s just the old-fashioned artistic answer: colour, form. It’s just finding something to hide behind where you can just make those old-fashioned artistic decisions about placing things next to each other that look good: colours, shapes, forms. You always do that as an artist.

…DOES THIS SHOW HAVE A BIG THEME? A BIG HIRSTIAN THEME?

Well, I remember I was thinking that there were four important things in life: religion, love, art and science. At their best, they’re all just tools to help you find a path through the darkness. None of them really work that well, but they help. Of them all, science seems to be the one right now. Like religion, it provides the glimmer of hope that maybe it will be all right in the end.
In this instance, I wanted people to think about the combination of science and religion, basically. People tend to think of them as two very separate things, one cold and clinical, the other emotional and loving and warm. I wanted to leap over those boundaries and give you something that looks clinical and cold but has all the religious, metaphysical connotations, too.

THERE’S A REAL SENSE OF MYSTERY TO THE NAMES OF PRESCRIBED DRUGS, ISN’T THERE? PROZAC, TEMAZEPAM, VALIUM... THEY ARE ALMOST AS MYSTERIOUS AS SAINTS’ NAMES...

Oh yeah, the names! Largactyl! Where the hell did that come from? Drug companies now do that religious thing: We will make you feel better about yourself. Saint Largactyl. It’s a new religion, prescribed drugs. 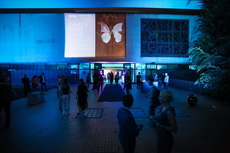 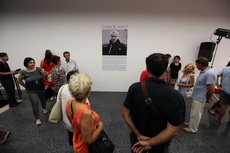 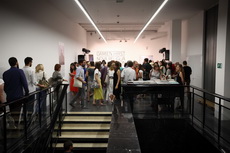 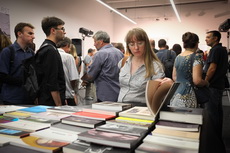 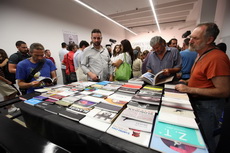 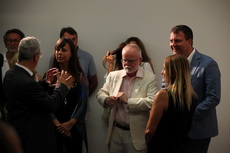 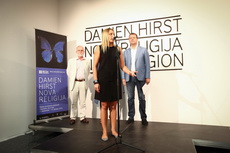 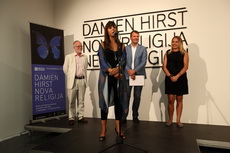 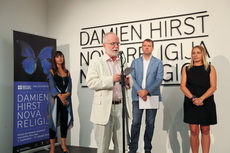 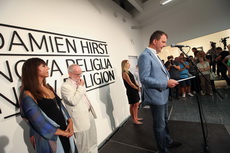 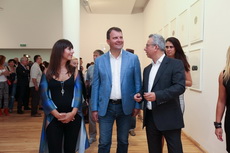 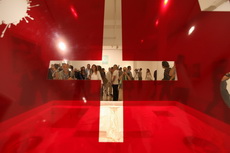 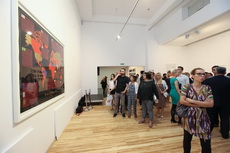 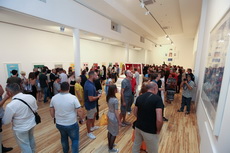 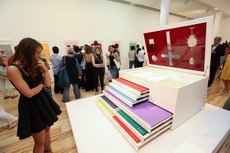 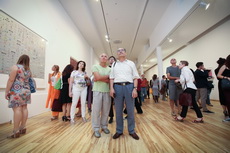 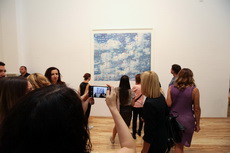 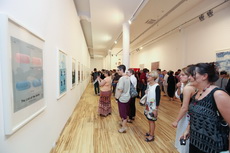 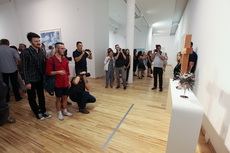 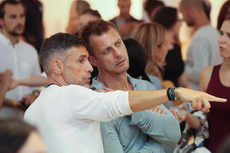 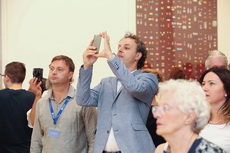 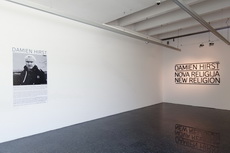 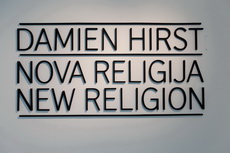