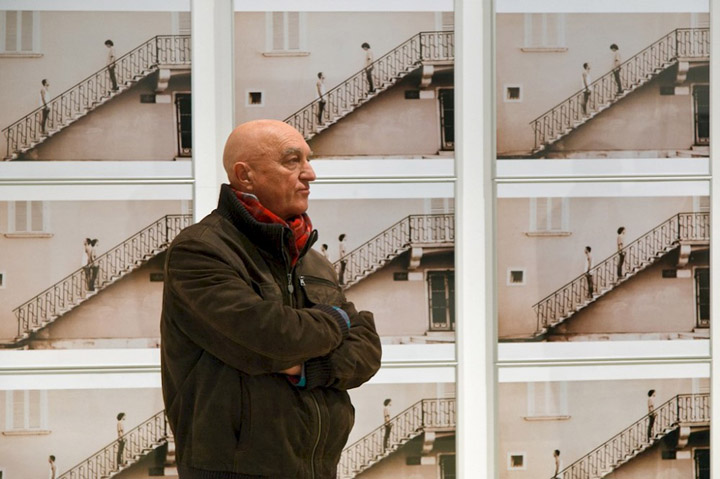 The exhibition is organized through the collaboration of the Museum of Fine Arts Split and Museum of Contemporary Art Vojvodina.

The title of the exhibition, which was conceived – as also the selection of works – by Dan Oki himself, includes few narrative parallels that are faceting throughout his artistic oeuvre. The main thread is the artist's personal life story whose trajectory, after he had decided to dedicate himself to the media art at the turn of the '80s into '90s, professionally led him to focus on artistic practices related to the technological dimension of mediation of images and messages in the media of video, film, photography, Internet and their hybrid, related or derivative forms, while existentially it took him to the culturally and methodologically most advanced environments of Amsterdam, New York and Japan. The next level of narration is the meteoric technological evolution of the media themselves by which some of the represented platforms and phenomena, innovative when introduced, only a decade later became obsolete. Within the artistic discourse, the exhibition shows the conceptual roots of media art and its correlation to the historically more recent artistic disciplines like performance or movements like Lettrism and Concrete Poetry. The fundamentally ethical subtext of conceptual art practices aiming to change the cultural system, generations of post-conceptual artists of Oki’s generation have expanded to the criticism of all social relationships. The ethical dimension of Dan Oki's art stems from its active interest in the reality that surrounds him and in which he every day finds, comments and deconstructs various social conventions and limitations as well as environmental issues. Based upon his lively vision, precise perception, detection, and interpretation of found situations in his immediate and current environment Oki’s creative method is utterly minimalist and radical. It is founded upon media extraction and mediation of appropriated events, whether the artist holds the camera or directs it. Frame is always neutral and static, apparently in order to avoid any additional aesthetisation of the shot that could diminish the absolute focus upon the essential meaning of the mediated event, as seen by the artist. The other variation is based upon the impromptu performance that the artist executes in a current environment. On such an occasion he entrusts the camera to an anonymous passer-by or to its own timer device. The anonymity of the event and/or cameraman takes up a cue from the neo-avant-garde procedures used by the artists during the ‘60s and ‘70s to gain a programmatic distance from the cultural system based upon the quadrant formed between artist-art object-institution-market which had cut out from the equation its most important segment – the creative process itself. Therefore it is not surprising that Oki conceives the photographic segment of his work as cycles that follow the development of events. In his early work Escape from the Camera (1989) photos follow the artist and his friends as they run away from the camera installed on the staircase in front of the then offices of the local Central Committee of the Communist Party. The cinematic character of this concept is even more pronounced in the cycle Encounter, created that same day on the same location, but showing the artist and his collaborators gradually coming closer and moving away from the staircase, because the photos can be connected and presented in the loop, thus suggesting the perpetual repetition. There are similar aspects in cycles Gravity Kiss, Up and Down, Cow, Damien & Me, and even Tree. His innate affinity for the moving picture or cinematic concept of photography is going to direct Oki quite early to work with video and in years to come it was going to evolve into now already impressive filmography. The workUnderground Loop, taken in New York in 1996, clearly indicates this procedure. For that occasion the original series of photos, taken by a casual fellow traveller, show the artist performing flips around the horizontal bar in an underground train. The same photos are transformed into a video by stop animation, naturally in loop. Since this principle, on different interpretation levels of the presented oeuvre, is visible in almost all segments of the exhibition, we can deduce that Oki is most interested in the borderline area where static and moving pictures merge: cycles of photos that suggest physical or even mental movement, or films taken with static camera that actually look like moving picture.

The theme of static within dynamic (and vice versa) can be used not only as a common denominator of the whole concept of The Photo Bioautography, but it also expresses the artist’ whole comprehension of life and reality. His methods, contents and poetics link his work unbreakably with various areas of cultural and media anthropology. We follow a series of different social environments in which the artist lives (Zadar, Amsterdam, Split, New York, etc.). Then, there are individual technological aspects of social communications (address books, mobile phones, web pages, photo diary, prandial rituals, and religions) and every single one of these represents a post in the continuity of its general evolution in time and space. Every single one of these media also developed specific codes of behaviour and brought them into being only to make them disappear as they themselves vanished from the social stage. The display at the exhibition in Split didn’t follow the chronological sequence of works or media evolution, but – through establishing relations between old and new works, and different communication media that Oki worked with – in this partial review of his oeuvre it pointed out his essential focus on ontological issues of dynamics by which we create our own environments, our lives and ourselves. 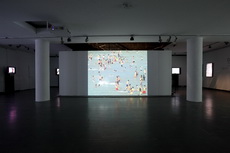 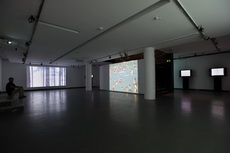 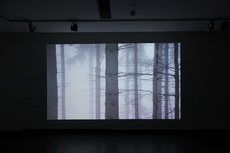 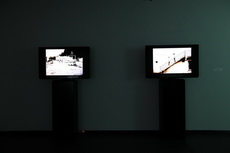 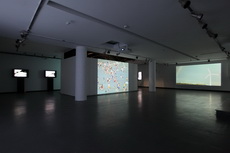 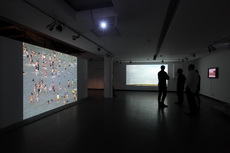 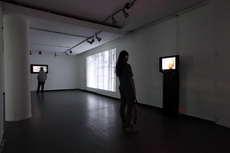 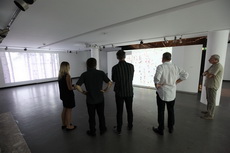 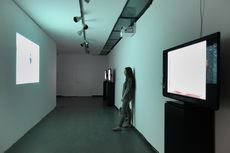 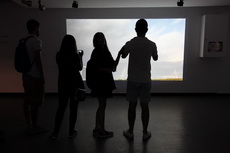 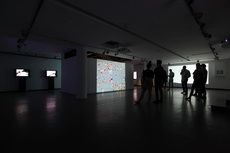 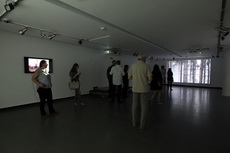 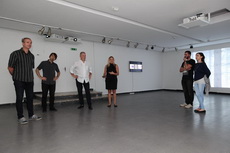 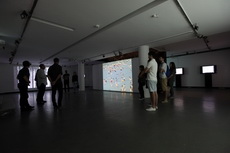 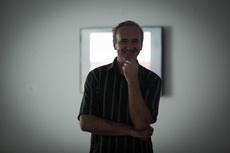 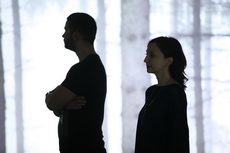 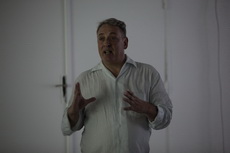 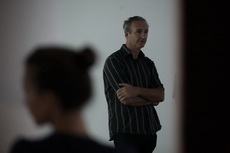