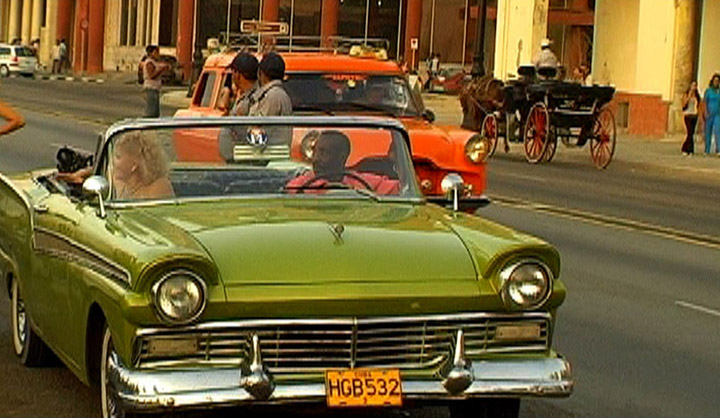 Boja (Božo) Vasic, Canadian artist of Serbian origin, will present at the Museum of Contemporary Art of Vojvodina his two documentary projects filmed in Cuba and photographs created during his art residencies in Berlin, New York and Beijing.

Documentary film Defying Gravity – Danza Voluminosa explores work and life of members of the unusual dance group from Havana whose overweighs dancers are defying conventional norms and expanding boundaries of acceptable standards for the ballet art.

The documentary Dissidents investigates the personal and political freedoms in the contemporary Cuban society. The documentary explores the work of the prominent Cuban dissident Oswaldo Paya and follows the group Las Damas de Blanco - women who are fighting for the liberation of jailed dissidents and other political prisoners.

Vasic’s photographs explore social and political issues in the context of urban architecture. Inspired by the contemporary cities such us Berlin, New York and Beijing Vasic adopts the city as an experimental laboratory and metaphor for human existence. Through his photo based works, intervening on the cities landscapes, Vasic offers his commentary on questions such as our ability (and often inability) to alter the course of history, rising prejudice against immigrants, the failure of modernism as a catalyst for social and political change, and the frustration and decay of 20th century utopias.

Boja (Božo) Vasic is a media artist and photographer who lives and works in Toronto since 1988. Vasic graduated film directing at the Faculty of Dramatic Arts in Belgrade, Serbia. His work has been shown at the 8th Havana Biennial in Cuba, VI Yugoslav Biennial of Youth Vrsac in Serbia, XIII and XIV International Art Biennial of Vila Nova de Cerveira in Portugal, Third Tirana Biennial in Albania, and at the Liverpool Biennial, Independents in England.

His video works were shown at festivals in Copenhagen, Amsterdam, Chicago, Denver, Toronto, and he has won several international awards including the Chris Award at the Columbus International Film and Video Festival, a Bronze Medal at New York Festivals, and the Gold Award at Dallas HeSCA Media Festival.