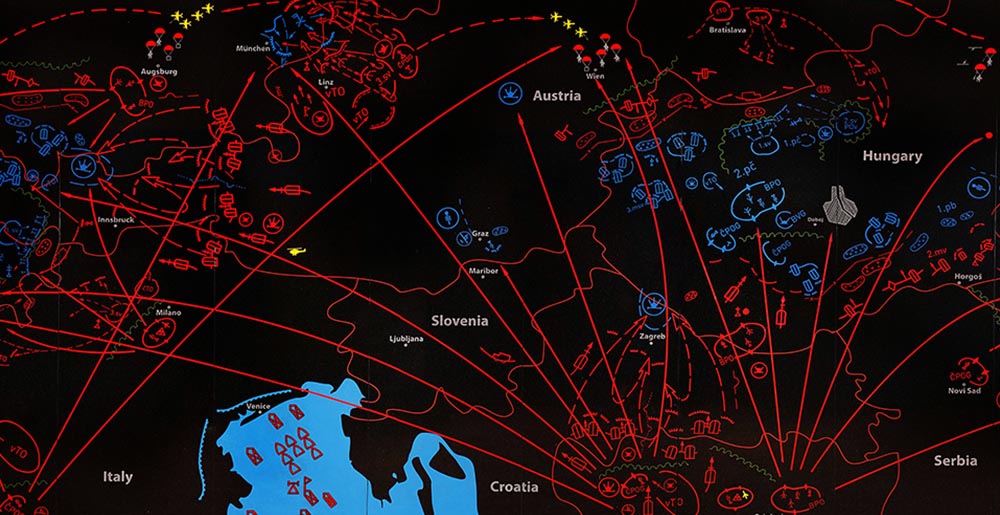 
During the opening artist will do a performance „Farewell“


Strike brings together the latest work by Mladen Miljanović (b.1981), an artist from Banja Luka and one of the region’s most active in European contemporary art. Because he is positioned as an activist, a soldier of art, a responsible individual, an artist-anthropologist, and a social subject who acts critically within reality and assumes personal responsibility for it, for Miljanović the context of art and the context of life are never disconnected. His work corresponds with social reality, it charts and detects its problems, and it functions as a corrective within the field of representation. Miljanović’s conceptual and operative work with fictions and fictions of the past as well as the present, the ideologies of power, political manipulations, and abuse and neglect of/by individuals and society takes place within the context of the Balkans, Bosnia, and the entire Eastern European socio-political, ethical, economic, geographic, and cultural milieus in which Miljanović lives and works.

„Black granite, that stone heavy as death, was used in the realizations of a large group of works from Mladen Miljanović’s latest artistic productions. The use of this particular stone for artistic purposes – along with all of the real and symbolic meanings it has in the (commemorative) culture, beliefs, and psychology of the region (i.e. the central part of the former Yugoslavia) – somehow imposed itself on Miljanović as being natural and logical.

Later, as the winner of the Henkel Art Prize for his 2010 exhibition at the Museum of Modern Art Ludwig Foundation (MUMOK) in Vienna, he prepared and used for the first time black granite for his work, Monumental Fragmentation, in 2013 Mladen Miljanović presented the complex project The Garden of Delights in the Bosnia and Herzegovina Pavillion at the 55th International Art Exhibition in Venice. Two of the three interconnected segments of this piece – the marble triptych The Garden of Delights and the installation The Garden of Delights –were done in black granite. Used in this part of the world primarily for grave markers, black granite has for some time had a leading role in Miljanović’s work methodology when conceptualizing and contextualizing social and psychological (collective and individual) states of being torn between the principles of pleasure and the death instinct on the one hand, and individual truths and collective absurdities and paradoxes on the other.

The central spot in his newest group of works most certainly belongs to the piece Strike 1. The size and weight of Strike I and its visual and energetic monumentality make a strong impression. At first glance, the work represents a military plan of attack on Central Europe. But, upon careful inspection of the work’s caption, it is clear that in fact it is a plan for an economic invasion of the so-called developed world by invisible people from Osječani, the Bosnian village of Mladen’s youth.

The performance In Low Flight (2017), performed for the first time at the recent opening of Miljanovic’s exhibition in Budapest, was a direct continuation of Strike 1. And this time not just the title but also the meaning was taken from military vocabulary and military strategy. The performance’s conceptual starting point is a term “in military terminology referring to an action by a fighter plane to observe, reconnoiter, or strafe below radar coverage.”

The syntagyms under the radar are thus offered to us as a kind of key to interpreting Miljanović’s recent works. But what precisely does it mean to be/go under the radar?

Simply put, it means a situation in which little or no attention is directed towards someone or something. To be under the radar means to escape or evade attention in order to realize/hit a particular, planned goal. It means operating invisibly, hidden, and out of sight, thereby evading an action/reaction by someone or something that would stop, hinder, or prevent that low flight and its intention to achieve or reach particular goals. On the other hand, to be under the radar means you are invisible even to those whose obligation it is to deal with your situation.

In (his) low flight, through various artistic media, methods, tools, and materials, Mladen Miljanović, places in the forefront, in the center of (our) attention, precisely those incidents, events, and people (behaviors and actions) that are nevertheless under the radar: unseen, insignificant, unimportant for the system, society, or the state. On the other side is that which intentionally and strategically wishes to be kept/maintained under the radar of the law and what is legal. This is the behavior, incidents, events, and actions which are on the edge of legality and what is legal, but not a legitimate right to an existential struggle, and to a struggle for “bare life”. And this is the strike on Central Europe in low flight. This is the primary, disturbing and unsettling, subversive and constructive content of Miljanović’s current artistic preoccupations, and his attack and defense of irony and an absurd life, here and now.”

Mladen Miljanovic was born in Zenica (Yugoslavia) in 1981, completed the secondary school in Doboj. After the secondary school he attended the Reserve Officer School where he earned the rank of sergeant. As a sergeant he trained 30 privates. After completion of the military term he enrolled at the Academy of Arts (Department of Painting, BA -MA) in Banja Luka. Currently, he teaches at Academy of Arts, University of Banja Luka. 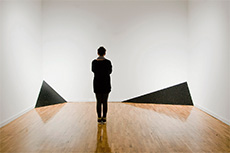 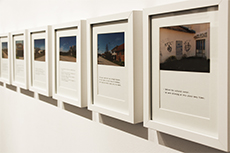 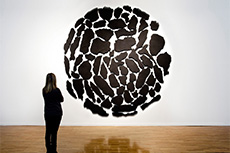 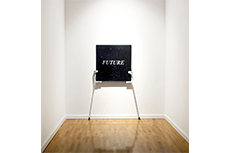