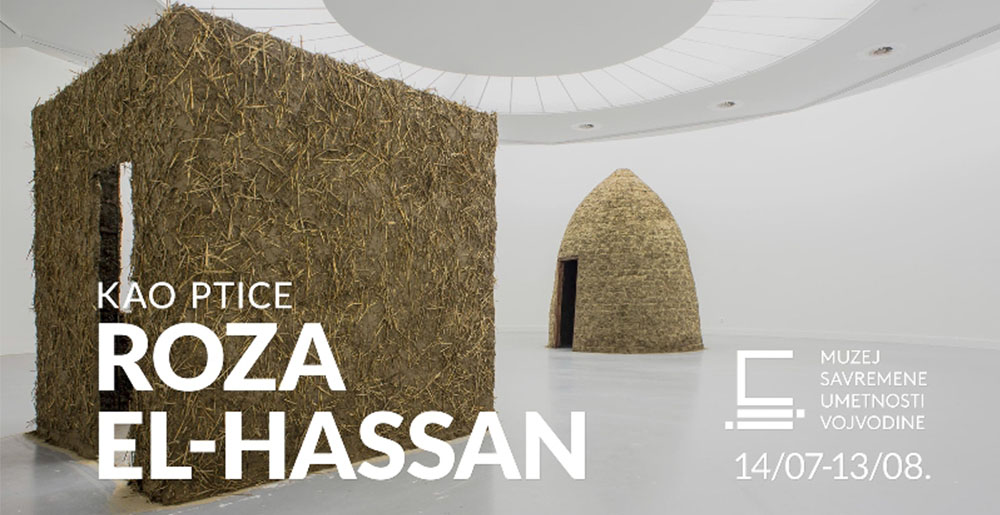 Róza El-Hassan is representing one of the most exciting artistic positions in the present East-Central European contemporary art scene. The drawings, the architectural drafts what are conveying visionary and utopian ideas on the notion of home, the installations what she has been producing during the past few years are relevant examples of a way of responsible thinking in the context of global mass migrations, the impacts of ecological catastrophe in the Middle East and the need for improve and spread the idea of the sustainable and low cost practice of so called “eco-design”. Her artistic practice includes direct engagement with local disadvantaged communities in countryside in Hungary to explore and incorporate traditional and archaic creative knowledge to contemporary way of thinking and trying to establish economic model based on specific skills like wickering. In the recent years Róza El-Hassan made several exhibitions around Europe based on the notion of "Architecture of Compassion” and dealing with the topics of artistic activism, solidarity and ecological design, which are the keywords that can also be used to describe the diversified and obsessive activity of the artist nowadays.

The title of her first solo show in Novi Sad refers the artist’s deep conviction in the importance of the observation of nature to learn basic knowledge about the human existence, to study the logic of the animal behaviors and their survival strategies and use them as inexhaustible resources finding new ideas to reconsider acute global challenges. In the central position of the exhibition space she will build an architectural construction made out of traditional local organic material as reed, braches and mud, and reflecting on her drawing where she studied the seemingly chaotic structure of bird nests as an animal made functional object, but in the same time as spiritual representation of varied psychological conditions. In her show Róza El-Hassan set up connection between her earlier drawing practice like a huge scale in-situ wall drawing of complex organic structures and her socially engaged architectural experiments to find a viable harmony merging the esthetic and functional values of ancient Syrian and modernist architecture.

Róza El-Hassan is a Hungarian-Syrian artist with a solid multicultural family background. She spent part of her childhood in Syria, then lived in Germany, later from her teenage onwards from the 80's she has moved to Hungary where she is living and working since. Róza El-Hassan has gained international recognition for her object art, later dedicated involvement in social and economic issues, political activism and explicit solidarity with the refugee seekers and victims of humanitarian catastrophes. She has worked in different media including drawing, painting, performance, sculpture, but she is best known as an installation artist.

Her international career has started in 1993 when she was invited to show her conceptual-based sculpture in Aperto ’93 at the XLV. Venice Biennale. Since than she had solo and group shows in some of the most prominent exhibition venues of the global art world, like the Neue Galerie am Landesmuseum, Graz (1995), Museum of Modern Art, Chicago, (1995), Moderna Museet, Stockholm (1999), Secession, Vienna (2000), Drawing Center, New York (2003), Kunstmuseum, Basel (2012), MUHKA, Antwerp (2015). She has participated several biennials as Kwangju Bienial, South Korea (1995), Manifesta 1., Rotterdam (1996), Venice Biennale, Hungarian Pavilion (1997), São Paolo, Brazil (1998).

Exhibition is realized within the scope of the project RISK CHANGE supported by the European Union ‘’Creative Europe’’ programme. 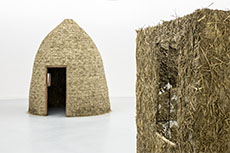 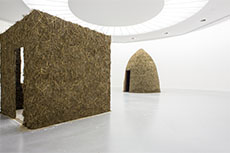 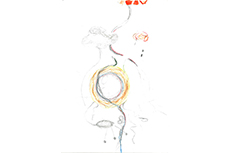 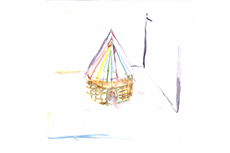 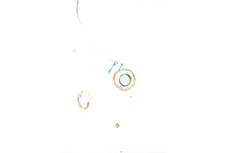 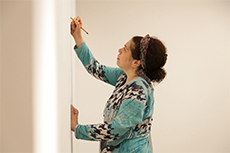 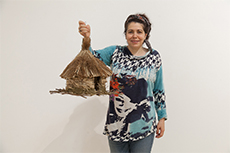