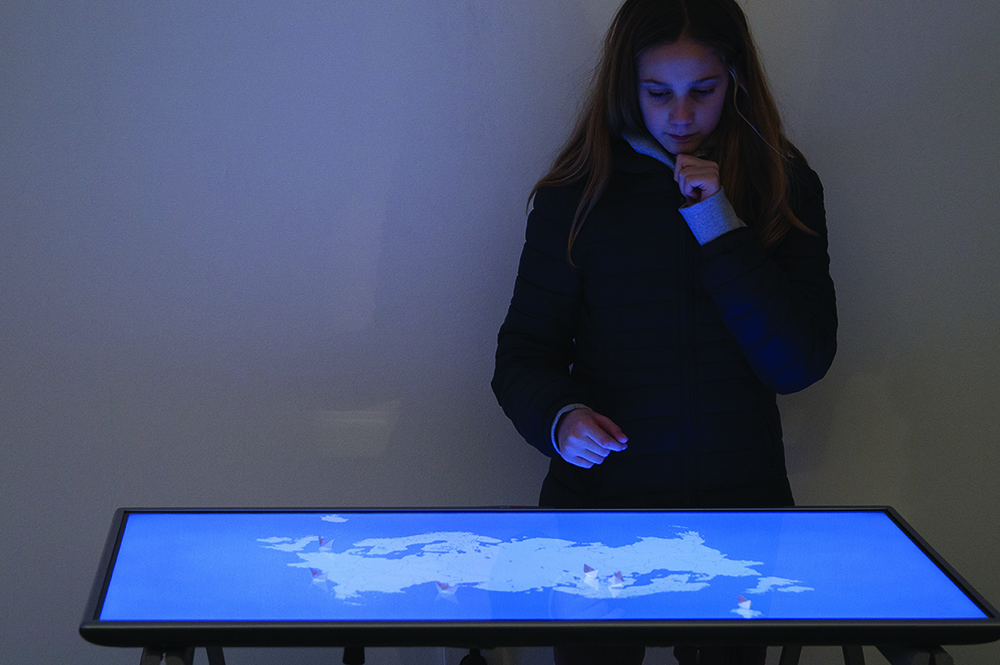 "I made a big, huge painting of Europe, well not Europe but something similiar. In fact it is European map, but very strange and awkward. It is relief map, size about 3,7 x 5 meters, where Europe is represent as an island completely isolated. Later, above that map I shoot a movie. It is film about how Europe nowadays becoming something else... This video shows Europe as a self-sufficient form of excistence, as an Eutopia island which will soon become self-containment region in psychological way. Something is very disturbing, about how we perceive Europe today. This video is my projection of idea of Europe. In text below I use a lot of Slavoj Zizek thoughts on Europe nowadays. The 20th century is over. A totalitarian regime is incapable of surviving in the long run. If we want to maintain the image of ourselves we have in the West, then we have to revisit the immense questions relating to the expansion of democratic freedoms and to the process of self-emancipation. It is here where Europe is most threatened. But I am convinced that we need Europe more than ever.

Just imagine a world without Europe. You would only have two poles left - the USA, with its brutal neoliberalism, and so-called Asian capitalism, with its authoritarian political structures. You would lose the most valuable part of the European legacy, where democracy and freedom entail a collective action without which equality and fairness would not be possible. We feel too guilty in Europe - our multicultural tolerance is the effluent of a bad conscience, of a guilt complex that could cause Europe to perish. The greatest threat to Europe is its inertia, its retreat into a culture of apathy and general relativism. But are the refugees entering Europe not also offering themselves to become cheap precarious workforce, in many cases at the expense of local workers, who react to this threat by joining anti-immigrant political parties? For most of the refugees, this will be the reality of their dream realized. The refugees are not just escaping from their war-torn homelands; they are also possessed by a certain dream. We can see again and again on our screens. Refugees in southern Italy make it clear that they don’t want to stay there - they mostly want to live in Scandinavian countries.

And what about thousands camping around Calais who are not satisfied with France but are ready to risk their lives to enter the United Kingdom? And what about tens of thousands of refugees in Balkan + countries who want to reach Germany at least? They declare this dream as their unconditional right, and demand from European authorities not only proper food and medical care but also the transportation to the place of their choice. There is something enigmatically utopian in this impossible demand: as if it is the duty of Europe to realize their dream, a dream which, incidentally, is out of reach to most of Europeans. How many South and East Europeans would also not prefer to live in Norway? One can observe here the paradox of utopia: precisely when people find themselves in poverty, distress and danger, and one would expect that they would be satisfied by a minimum of safety and well-being, the absolute utopia explodes. The hard lesson for the refugees is that “there is no Norway,” even in Norway.

They will have to learn to censor their dreams: Instead of chasing them in reality, they should focus on changing reality. One must thus broaden the perspective: Refugees are the price of global economy. In our global world, commodities circulate freely, but not people: new forms of apartheid are emerging..."

In his video EUtopia Igor Bošnjak deals among other things with the relation of the society to its available tools and skills, highlighting the boundaries of its ability to transform its surroundings. This could be definition of technology gleaned from the economy and material reality. Author is obviously critical to it in the video. We could ask ourselves if this permanent technological specialization based on unity of material and immaterial and created by investment of mental and physical effort in order to produce value, didn't bring us to this “desperate” impasse? Certainly not but for the fact values that we base on our relation to the global society today, in the year 2016, appear to be at least unsavory. This is visible from the start of the video. We see the map of the Europe, painted by Bosnjak himself (map – oil on canvas), that is still recognizable although of simplified geographical elements. Stripped down painting becomes real through intense, sensuous, lived-through experience for the spectator and the artist. Through it they embark for the world of daily banality, primitivism and other -isms while Europe becomes a metaphor for utopia turned dystopian. It is as if in front of us on some endless stage “reality” movie is just being made. All three temporal states (segmented in three parts of the video - past, present and future) have melted into one and paradoxically our inability to directly access “regular” reality is uncovered since neither the author or spectator are not answered is it possible and how to continue living in the “fenced” Europe or away from it. (Zorana Djaković Minniti)

Igor Bošnjak (b. 1981 in Sarajevo) lives and work in Trebinje (Bosnia & Herzegovina). He is mainly working within the fields of film, video, installation & photography. Curently works as a asistant professor at Academy of Visual Arts in Trebinje. In 2005 he finished Academy of Visual Arts (BA) in Trebinje, Department of Painting. From 2006 he is a founder and the curator of the international namaTREba project biennial. From 2007 to 2008 he finished (MA) Interdisciplinary studies, Theory of Art & Media Department at the University of Arts in Belgrade, Serbia.

In 2010 Igor Bošnjak was a finalist of ZVONO Young Visual Artist Award, organised by Sarajevo Center for Contemporary Art; From 2009 to 2011 he was a finalist for B&H Henkel Art Award organised in Zegreb; 2007 was awarded with 1st prize for video art on 4th Salon Clovek Spomenik in Velenje, Slovenia.

Exhibition is realized within the scope of the project RISK CHANGE supported by the European Union ‘’Creative Europe’’ programme. 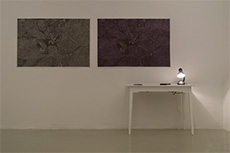 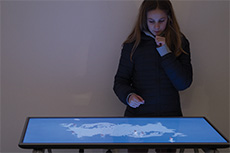 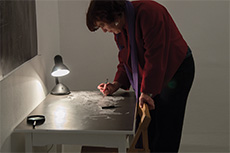 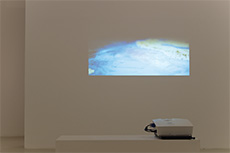 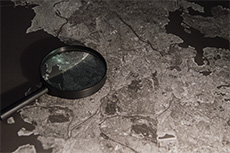 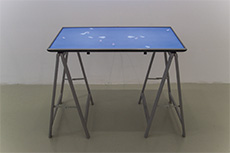 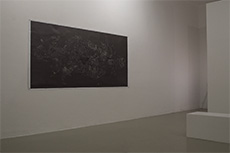