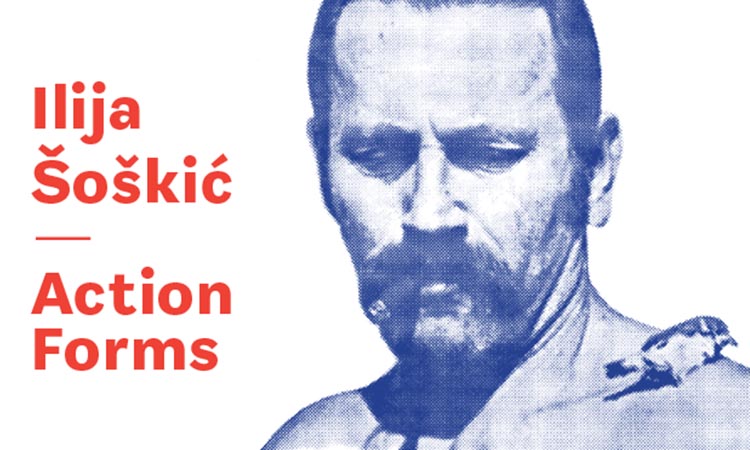 The exhibition Action Forms is the first retrospective of Ilija Šoškić to be held in the entire post-Yugoslav cultural space. Also, it’s the first exhibition to be jointly organised by the Museum of Contemporary Art, Belgrade and the Museum of Contemporary Art Vojvodina, and is to run in Belgrade and Novi Sad at the same time. The curators Zoran Erić and Nebojša Milenković conceived and adapted the idea for the exhibition to the particular spaces of both museums.

In the Novi Sad segment of the exhibition the focus is put on works involving the body, Šoškić’s ideologically loaded actions in the public sphere. It deals with the early performances, actions and tableau vivants which the artist carried out in the first half of the seventies in Italy, but also during his frequent appearances at the Students’ Cultural Centre in Belgrade. Particularly accentuated are the activities which ultimately lead to the embodiment of the well-known avantgarde principle by which the artist himself becomes his own artwork. This stage culminates in the most radical and certainly most famous of Šoškić’s works Maximum Energy – Minimum Time (1975), in the performative gesture involving the firing of a revolver into the wall of the gallery L’Attico, which represented at that time the global epicentre of the avantgarde. The antithesis to this act is the artist’s many-year withdrawal from art and utter commitment to motorcyclism, which also embodies one of the key philosophical principles of Šoškić’s art and life: the principle of uninterrupted movement and nomadism.

In the Belgrade part of the exhibition emphasis is put on the conceptual series SATOR, Traphos, Parallels, as well as the individual works of elementary but also complex geometric forms. These works are the product of Šoškić’s interest in mathematical axioms and problems, as well as the philosophical postulates to whose research he dedicated himself during the eighties. Moving between mathematics, philosophy and mythology, Šoškić contemplates in a specific way man’s relation to nature, which also becomes a thread running through a series of works (Mourning and Drought, Zygote, Square Circle, etc.). Holding back from art as “a great narrative“, Šoškić finds in this creative period “small niches“ in which to formulate different artistic positions, so that the experience gained from the tableau vivants and the performances starts to be inscribed spatially and ambientally in the installations which remain as artefacts after the artistic actions. The conceptual layout of these works adheres to the process of artistic deliberation – starting from sketches, points of embarkation for works with textual artistic expositions, through photo documentation of actions and performances all the way to the realised objects and installations themselves.

Through a dialogue between the two segments constituting the exhibition which itself isn’t chronologically ordered but rather follows the conceptual lines in the development of the artist’s work, the syntagm for the name of the exhibition Action Forms is extracted. The origin of this is Mario Diacono’s term “forms in action“ from which is derived the polysemic formulation which at one possible plane of reading joins the two key words denoting the exhibition segments, in Novi Sad action, and in Belgrade form.

Ilija Šoškić (Dečani, 1935) is a unique creative figure and is personally characterised by numerous identities: athlete, artist, performer, “sixtyeighter“, radical left-winger, theoretician and motorbiker. Belonging and being active in different cultural spheres at the same time (European, Italian, Yugoslav, Montenegrin, Croatian, Serbian), Šoškić succeeded in staying true to the ideas with which he embarked on his career – a radical (neo)avantgardist, a guerrilla artist, but also a metaphysicist who, even though he didn’t manage to change society, through his work and engagement moved the borders of the perception of art not only as a space of political struggle, but also of the philosophical contemplation of meaning as a precondition for social and artistic survival.

Šoškić is a member of the first generation of Yugoslav artists who worked in the spirit of the new artistic practices. Before entering art he was an athlete and was the state champion and representative of SFRY in the hammer throw. He attended the art school in Herceg Novi, the Academy of Fine Arts in Belgrade and the Art Academy in Bologna (Accademia di belle arti). From 1969 until 1972, he lived in Bologna and from 1972 in Rome. He gained world attention through his cooperation with the legendary Gallery L’Attico in Rome where he exhibited together with Jannis Kounellis, Luigi Ontani, Michaelangelo Pistoletti and others. Famous critics such as Emilio Villa, Achille Bonita Olive, Mario Diacono have written about him. He exhibited at the most important international and Yugoslav art manifestations (Venice Biennial, Trigon, the Yugoslav Dokumenta, April Meetings, etc.) He has lectured at the most eminent European art academies (Düsseldorf, Rome, etc.). Ilija Šoškić’s artistic practice spans more than five decades and his work encompasses performance, tableau vivant, the art of behaviour, guerilla art, cultural and political mythology, mathematics and the metaphysics of nature. 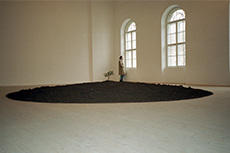 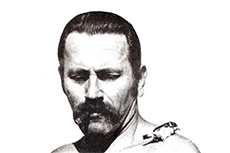 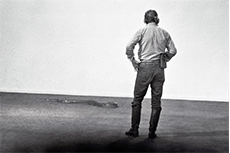 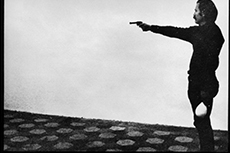 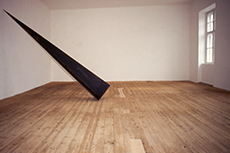 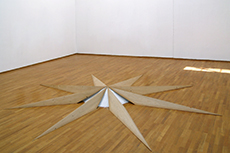 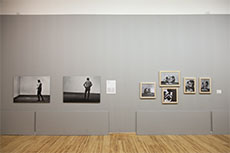 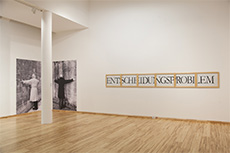 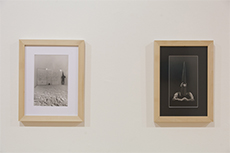 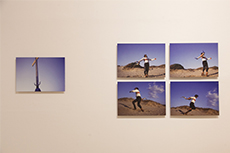 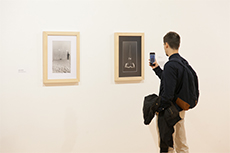 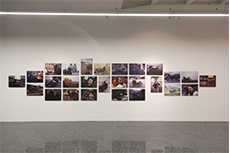 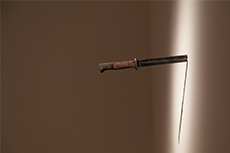 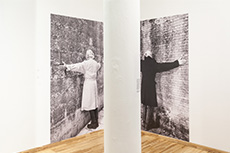 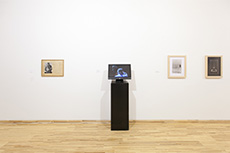 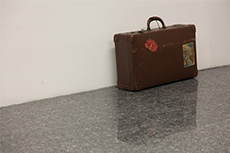 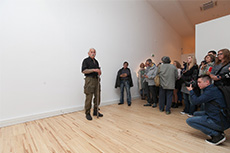 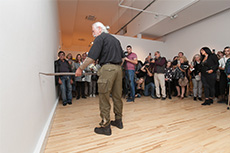 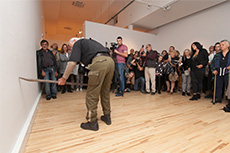 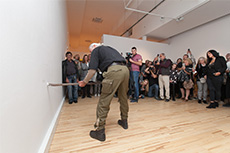 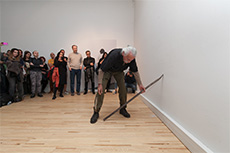