The poem “Diving into the Wreck" (1973) by the American feminist and anti-war activist Adrienne Rich speaks about freedom and women’s’ rights through the introduction of the motif of a symbolic diver who explores the underwater world which few can see, alluding to self-conscious woman’s view of the system of power as well as the freedom and courage to embark on an exploration of inaccessible, unconventional and non-traditional worlds.
The exhibition Skok i zaron (Leap and Dive) stems from the examining the position of women in the art scene who mainly played a marginal role throughout history, hence female artists, critics and theorists appeared as isolated phenomenon. Today, more and more women are opting for artistic professions, and therefore for the visual arts too, as shown by the results of various studies conducted in Serbia. The increased presence of women in public art space leads to innovations in the art scene, to the deconstruction of the existing systems and to the introduction of the new solutions. The changes are most visible in the presence of new themes and motifs in works of art, in the critique of the traditional representation of women in media and art, and mostly in the new position of women in art who no longer are the silent object, but the creator of an art work and the initiator of change and innovation.

Contemporary art can be observed as contextual, relational and airy, as art that develops under the influence of the socio-political, economic and cultural context, and one that establishes contacts and relations with science, technology and society. Hence the questions: what is the social reality that influences the creation and realisation of the artwork done by female artists in our society; what are the current issues, questions and media they deal with; is there a ’’female expression’’ in art, the feminist art or are there influences of a different social context; how much do the gender roles and relations, and present social stereotypes influence the artists and what are their positions and possibilities in the existing system of power?

In the field of (new)media artistic practice in Vojvodina, the role of female artists is significant, especially in the domain of video and digital art and media education, but there is a concern about their visibility and value within the professional and general public. Within the framework of the research conducted by Sanja Kojić Mladenov into the construction of the professional identity of female artists in the field of new media¹, she analysed the educational and creative work of 12 artists: Bogdanka Poznanović, Marica Radojčić, Breda Beban, Vesna Gerić, Jelena Jureša, Bojana S. Knežević, Andreja Kulunčić, Lidija Srebotnjak-Prišić, Nataša Teofilović, Isidora Todorović, Vesna Tokin and Lea Vidaković. The research results have shown that the artists’ professional identity is the most prominent one; they approach the other identities through the prism of possible changeable categories dependant to a large extent on specific socio-political circumstances and migration.

They attach importance to the transfer of knowledge, forming of new artists, and the introduction of women's identity into art. They deal with their own body and identity, sexuality and gender roles, women’s activism and women’s history and archives. Through new media, they have mostly developed independently, mastering all aspects of the use of new technologies, with many problems in the procurement and use of adequate equipment. They lack financial security in their profession and financial resources for the production of works; they point out to the poorly resolved issue of the freelance artists status and absence of continuous purchasing of their works; they point out to gender unequal cultural policy and find the solution in joining and building a network of collaborators (intergenerational, artistic, interdisciplinary, local, regional and international). Building the professional identity as abundance of diversity is the most important issue for the female artists, but it is embedded in the multiple women’s networks and connections because that is one of the ways for it to develop and survive. For the first time, the artists who deal with the new media at the end of the 20th and begining of 21st century and who are in some way connected to Vojvodina are gathered into one whole. The presented information about their generational, media, artistic and other connection is just the beginning of the future research within the history and theory of art that includes other artists as well. The research results provide the basis of the exhibition SKOK I ZARON (LEAP AND DIVE) at the Museum of the Contemporary Art of Vojvodina, where the historic and current media art works will be presented.

Within the scope of this exhibition and under the same title a book, by the author Sanja Kojić Mladenov PhD, containing complete research data and its analysis will be published in collaboration with the publishing house ProArtOrg from Belgrade.

¹ Kojić Mladenov, Sanja (2018). Discourses About Gender in Art: Construction of Vojvodina Female Artists ‘Professional Identity in the Realm of New Media at the end of the 20th and the beginning of the 21st century (PhD thesis). Novi Sad: University of Novi Sad, ACIMI: The Centre for Gender Studies.)

The exhibition Isekle smo kablove (We Cut the Cables) deals with the problematization of the media production from the female perspective. The title itself alludes to the analogue nature of the exhibition as the participants do not exhibit their works, but the replicas of the works in the analogue form (on the facade flags). Within the concept, next to the flags, texts are displayed, texts that problematize the experiences (personal, technical/technological, socio/cultural) the participants went through during the creation of their works. In this way the exhibition foregrounds the problems that arise (technical, financial, structural, system and institutional) during production of one media work and in that way, through a critical prism locates the focal points for discussion and for the struggle to improve the status of all those engaged in this kind of production.

PROGRAM
Friday | 22nd November 2019. | 07:00 PM
The joint opening of the two exhibitions: Leap and Dive, by the curator Sanja Kojić Mladenov and We Cut the Cables, by the curator Isidora Todorović
Friday | 22nd November 2019. | 07:20 – 09:30 PM open type workshops:
- Microphone is not only for Karaoke (within this workshop the audience is invited to take the wireless microphone and initiate a dialogue drawing attention to a problem)
- Subversive makeup (in which the audience is introduced to face mapping technology and how to use makeup to stop instant identification resulting from it)
- Ironing to political victory (in which the audience is invited to make T-shirts articulating their small visual symbols of personal resistance and victory)
- Presentation of Scoop magazine (a journal dealing with post-feminism from the perspective of millennials)

The programme is organized in the scope of the international project Risk Change supported by European Union programme "Creative Europe", Ministry of Culture and Information of the Republic of Serbia, Regional Secretariat for Culture, Public Information and Relations With Religious Communities, and the conferences are supported by: Foundation "Novi Sad 2021 – European Capital of Culture" and the City Administration for Culture of The City of Novi Sad. 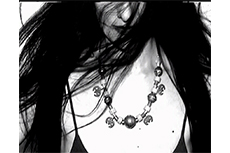 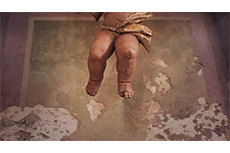 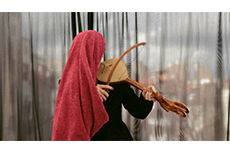 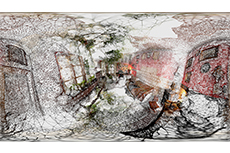 Leap and Dive
We Cut the Cables