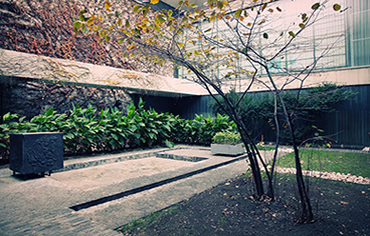 COLLECTION OF DRAWINGS AND PRINTS 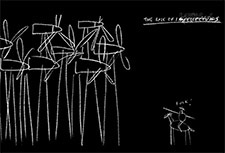 The collection of drawings and prints contains artistic material from the second half of the 20thcentury, and the largest number of exhibits had been collected in late 1970s and 1980s. After a long break, the form of purchase of works of artin the last few years had been reinstated, thusthe collection has been replenished by new exhibits from the current art scene. 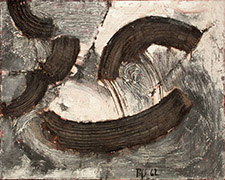 The collection of paintings includes works of art that belong to the period after 1940. The most extensive part consists of works of artists from Vojvodina. Special segments inside the Collection consist of large donations by Milan Kurtz and Mileta Vitorović and a collection of watercolors, gouaches, temperasand pastels. The earliest works in the Collection are a few paintings by Alexandar Lakić from 1940, 1942 and 1943, followed by the first post-war works of prominent founders of art colonies in Vojvodina, such as Jožef Ač, Bogomil Karlavaris and Pal Petrik, and then, all key members of the phenomena which marked the second half of the 20thcentury, as well, ranging from associative abstraction, art informel, new figuration, postmodernism, to the current practices of painting.


COLLECTION OF SCULPTURES, OBJECTS AND INSTALLATIONS 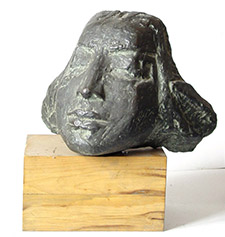 Shaping of the Art Collection of the Museum of Contemporary Art Vojvodina (former Gallery of Contemporary Fine Art) immediately after its founding in 1966 began with the purchase of just one sculpture. It was the work of Nikola Antov, Mask(1966-67), cast bronze, 24x34x23.5cm (inv.no.1).

The collection of sculptures, objects and installations was created in 2005, and additionsare made through regular annual purchases and with the compliments of gifts of the authors, their family members and heirs. The collection today includes 124 art works, dating from the end of the 1960s until 2013. 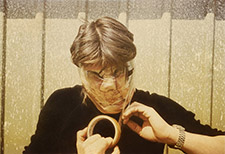 The Collection of Conceptual Art was founded in 2004, and since then has been continuously developed and completed. The focus is in collecting, promotion and presentation of the works of Vojvodina’s neo-avant-guarde and conceptual artists of the 1960s and 1970s - a period when art in Vojvodina managed to develop in parallel with the most current international artistic trends of the time and actively participate in them – up to the post and neo-conceptual practices of today.

With the exhibition Examples of Invisible Art(digitizing the collection of conceptual art of MCAV), in 2012, the collection had been digitized and as such is available to a wider audience today. 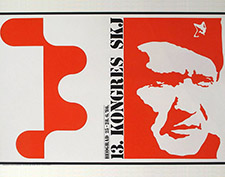 Collection of design contains a smaller number of works in ceramics and tapestries collected during the 1970s, and a special part consists of the collection of posters of famous Novi Sad and Vojvodina artists, as well as foreign authors (Poland, Croatia). Recently, the collection has beenenriched by the donation of graphic designer Branislav Dobanovački, containing over a hundred authorial posters created in the period between 1974 and 2004. In the following period there are plans for an organized collection of posters through donations of authors of the so-called Novi Sad School, and authors of the younger generation, in order to preserve the best examples of poster art created during the last few decades on the territory of Vojvodina within one site, using high museological standards.

CENTER FOR INTERMEDIA AND DIGITAL ART 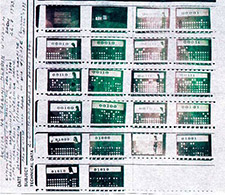 CENTRE FOR FILM, VIDEO AND PHOTOGRAPHY 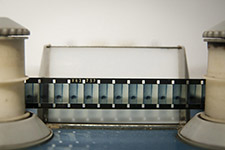 The FVP Center is engaged in researching authorial productions, art works, practices and various initiatives, events and education in the field of film, video and photography from the mid-20th century to the present day. The activity of the Centre covers a wide range of activities: conceptualization and organization of exhibitions, presentations, film screenings, public discussions, workshops and educational programs involving a large number of collaborators and institutions within the domestic and international context.

Special significance in the Centre’s programs is given to experimental, conceptual and innovative authorial approaches in the production of short films, feature films, documentaries, animated and TV films, videos and photographic works, the culture of cinema-clubs, as well as the most important film production companies in Vojvodina (Neoplanta film, Pan film, etc.).

The Center has a small-scale collection of films (copies), videos and photographic works, as well as an archive of the project/exhibition Technology To The People! (A Case Study: Film and Video in Vojvodina).

CENTER FOR ARCHITECTURE AND URBAN PLANNING 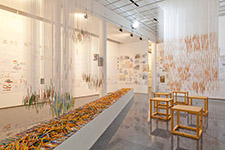 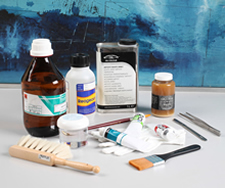 The Studio for Conservation and Restoration was founded in 2006. Its core activities are the preventive care of the artistic fund of MSUV and planning of future development. It is currently in the process of purchase of new equipment for the purposes of maintaining basic preventive care of the art collection of the Museum in accordance to high technical and professional standards. 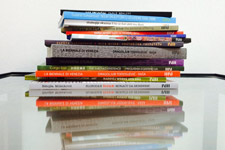 The Museum of Contemporary Art Vojvodina began its publishing activity parallel with its exhibition practices in 1969. In the beginning, the Museum published smaller catalogs of solo and group exhibitions, and then more extensive historical overviews of art in Vojvodina in the 20th century, monographs of artists, as well as catalogs of study and problem-solving exhibitions, of local and international character. In the period since the year 2000, the Museum has significantly increased its publishing production and published the study European Contexts of Art in Vojvodina in the 20th Century. To date, the Museum published nearly three hundred different publications (catalogs, monographs, books, collections, magazines...). The circulation and quality of the publishing ranks the Museum with the leading specialized publishers in the country. 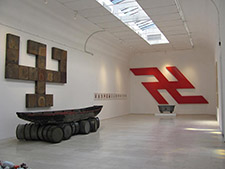 The Museum of Contemporary Art began its own production of exhibitions in 1969. In the period from 1969 to 2014, exhibitions of modern, avant-garde, neo-avant-garde, postmodern and contemporary art of the 20th and 21st century in Vojvodina, Serbia and the international art scene were produced by the Museum and through collaboration with other museums and galleries and held within the Museum premises or in venues of related institutions in the country and abroad. The Museum was a producer of the Serbian Pavilion at the 54th Venice Biennale of Contemporary Art, the exhibition Light and Darkness of Symbols, by Dragoljub Raša Todosijević, winning international recognition –the UniCredit Venice Award. In addition to the production of exhibitions, MSUV participates in the production and co-production of large international projects, as well as in the organization of various events, such as: discussions, promotions, presentations, lectures, panel discussions, workshops, film screenings, concerts etc. 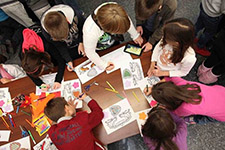 Education in the Museum is intended for all ages and levels of study, as well as for foreign visitors to the Museum who would like to learn more about contemporary art of Vojvodina, the history of the Museum, or the building containing the exhibition rooms. It is implemented in the form of free expert guide tours for individuals and groups through exhibitions, in Serbian and the English language, multimedia workshops in which one takes part through competitions or by invitation, in cooperation with elementary, vocational schools and colleges, as well as through publications, debates, panel discussions, seminars, presentations and conversations with artists. The Museum attempts to organize workshops for pupils or students with each thematic and problem-solving exhibition, in collaboration with the curators, held by artists-lecturers specialized in the field of video, digital animation, photography, architectural design and construction, painting, sculpture and drawing. The Museum has organized seminars on cultural management, techno-ecological art and contemporary musicin cooperation with other institutions and non-governmental organizations. 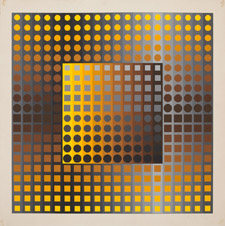 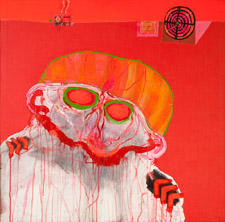 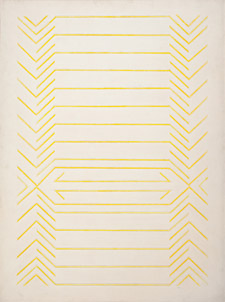 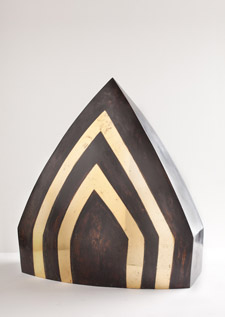 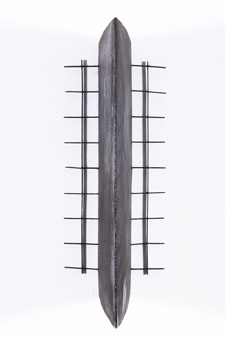 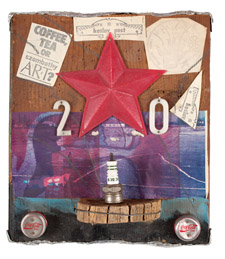 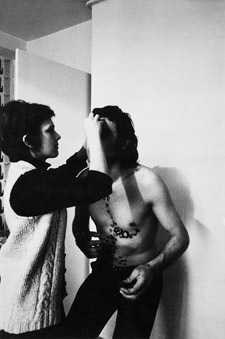 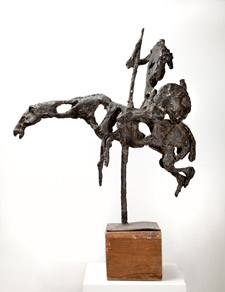 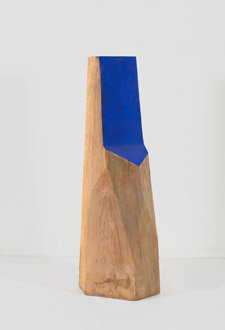 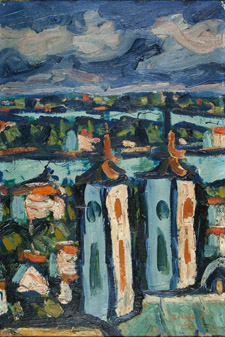 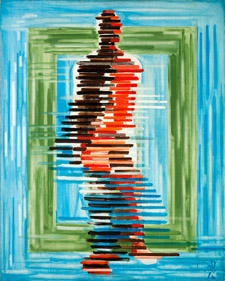 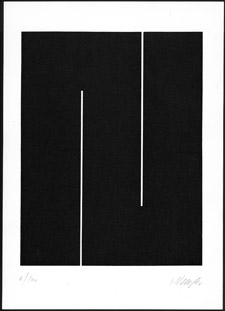 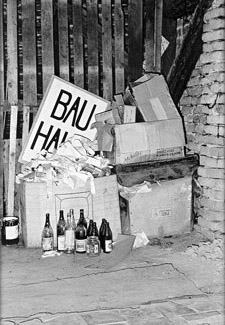 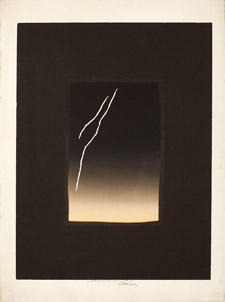 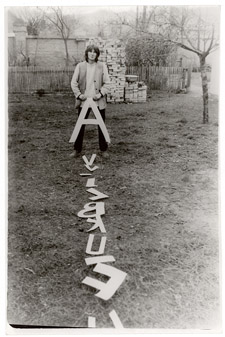